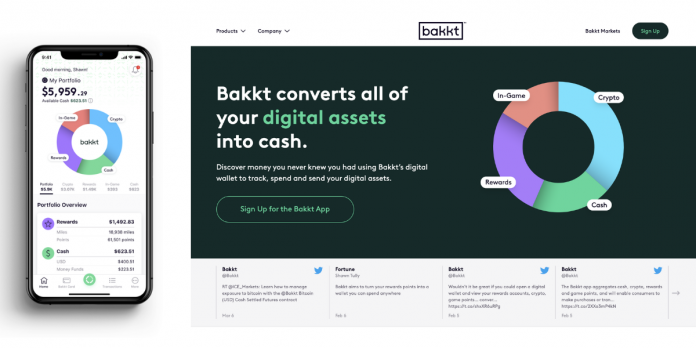 Bakkt says it unlocks the $1.2+ trillion of digital assets that is currently held in cryptocurrencies, rewards and loyalty points, gaming assets and merchant stored value.

Launched in 2018 by ICE, Bakkt is working with organisations such as BCG, Microsoft and Starbucks to create an integrated platform that enables consumers and institutions to buy, sell, store and spend digital assets on a seamless global network.

Bakkt has used part of the new funding to acquire Bridge2 Solutions from ICE, which bought the provider of loyalty solutions for merchants and consumers earlier this year.

With the new funding and acquisition of Bridge2 Solutions, Bakkt is now a team of 350 employees and powers the loyalty redemption programmes seven financial institutions and more than 4,500 loyalty and incentive programmes, including two of the largest US airlines.

Blandina said: “We have the unique opportunity to leverage the technology, infrastructure and partners across our businesses to bring innovative new products to market and in doing so expand access to the global economy.”