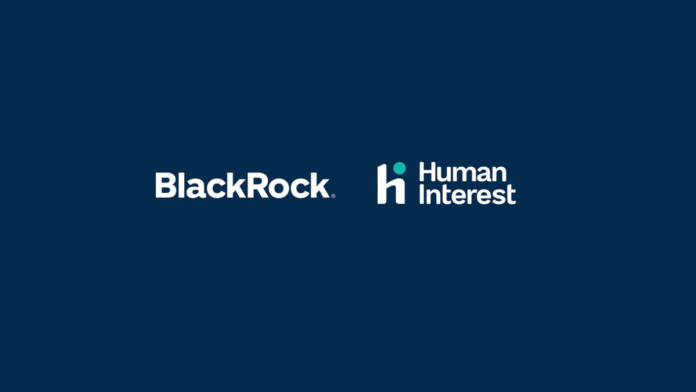 BlackRock is taking a minority investment and leading a financing round in retirement plan fintech Human Interest.

The companies plan to make retirement plans available to more small and medium-sized businesses in the US.

According to the AARP, approximately 57 million people—nearly half of all American employees aged 18-64 in the private sector—do not have access to an employer-provided pension or retirement savings plan.

San Francisco-headquartered Human Interest said in a statement that this lack of access skews heavily to small and medium businesses that do not offer retirement plans due to high costs, complexity and administrative burden.

Jeff Schneble, chief executive officer of Human Interest, commented: “We are excited to work with BlackRock to find ways to bring retirement within reach of millions of additional workers in the coming years.”

Anne Ackerley, head of BlackRock’s retirement group, added: “Getting people on a path to a secure retirement is core to BlackRock’s purpose. We look forward to helping Human Interest close the access gap.”

Human Interest, founded in 2015, claims to have seen more than 400% growth in the number of customers and revenue since the initial closing of its last announced financing in 2021. It has secured $500m in funding to date.