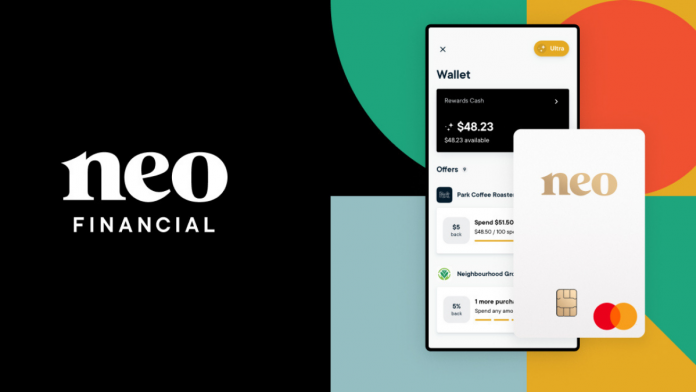 Neo Financial, a fintech based in Canada specialising in spending, savings and rewards, has closed a $50 million (CAD $64 million) series B funding round.

This latest round takes Neo’s total funding raised to almost $90 million (CAD 114 million), with Valar Ventures leading both the series A and B rounds.

Neo intends to use this new capital to continue to grow its team in both Calgary and Winnipeg, and focus on launching new integrated fintech partnerships with retailers, of which it currently has more than 4,000.

The fintech also intends to go beyond spending and savings by innovating and launching new products and features to influence more of Canadians’ financial lives.

Neo initially launched in 2020 with the Neo Card, a no-fee Mastercard that earns cashback at partners and across all spend, and the Neo Savings account, a high-interest savings account.

Since launch, Neo has partnered with more than 4,000 retail partners on its national cashback network, including a strategic partnership with Hudson’s Bay to power the new Hudson’s Bay Mastercard.

Neo co-founder and chief executive officer Andrew Chau says: “Reimagining the way Canadians bank is no easy feat, but it’s a challenge that our team is taking head on. This raise is validation of not only the problem Neo is tackling, but our team’s ability to solve it.”

“As one of the largest Series B raises for a Canadian fintech, this new round of funding will allow us to continue building innovative products and features for all Canadians and businesses. It’s an exciting time to grow our team from both our Calgary and Winnipeg offices.”