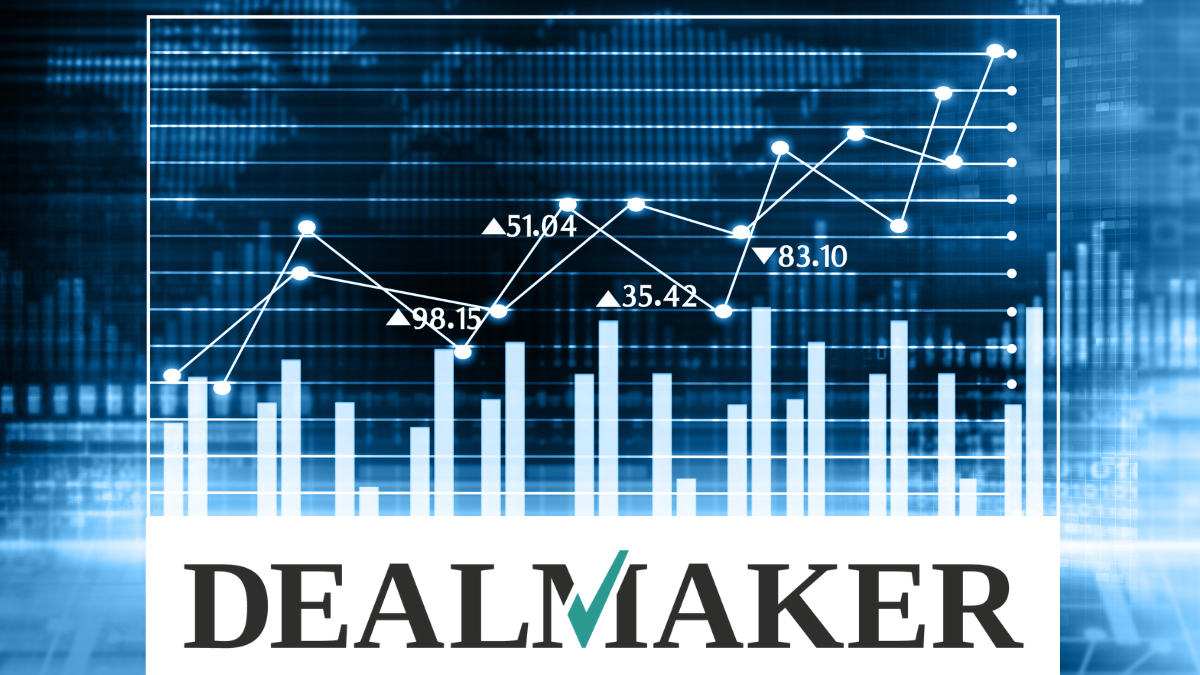 Market volatility is still top of mind with interest rates and the cost of capital affecting institutional investors. In this article, we’ll review the latest reports from CB Insights, Pitchbook and Kingscrowd to paint a clearer picture of what’s happened, and what’s to come.

Total funding is down to $74.5Bn, which is a nine-quarter low and a 34% drop from Q2. The news isn’t great as much of the institutional capital is being held, many funds want to avoid a down-round. This means there are record-levels of ‘dry powder’ in the system, some estimates putting that figure at more than $290Bn—just waiting to be handed out.  This is not the full story, of course—high levels of dry powder are no guarantee of venture’s unstoppable growth, and investor behaviour is far better at predicting trends.

The reason that there is quite a bit of optimism is that venture capital as a strategy remains attractive to investors. The number of investors in the ecosystem continues to set fresh records, and as a result, today’s fractured market shows median valuations are continuing to climb.

However, there is a bit of trouble on the horizon for venture capital trends, one of which is that crossover investors are pulling back from early-stage investing and leaving a void. Insider rounds are becoming more prevalent as on all fronts, corporate venture capital investing has scaled back to lean times. At this same time, mega rounds and late-stage rounds are both also taking a hit (44% drop in mega-round funding quarter over quarter). 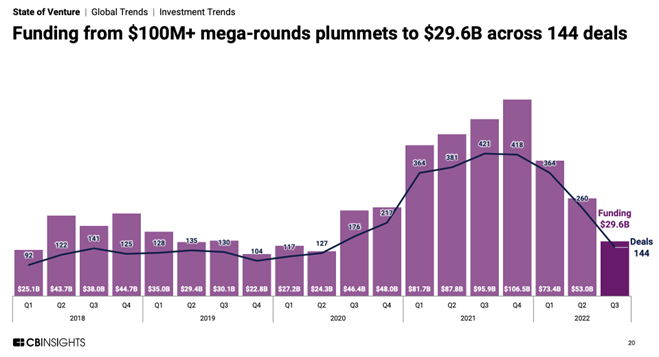 But what matters to startups more than the current levels of dry powder is the behaviour of investors—which is far from certain—but does bode well. Although limited partnerships seem to be insisting on a slower pace for 2022, and hedge funds may go hunting for stocks instead of startups to manage risks and returns, investors looking for out-sized returns continue to show-up and venture capital firms still need to satisfy their limited partnerships for the best deals.

Private equity-led deal activity finally felt the bite of higher interest rates that have been rising for nearly a year now. Q3 2022 activity is flat to slightly up when compared to pre-COVID ‘normal’ trends of 2018.

Exits, however, are a much different story. Activity has been declining all year and the value of Q3 exits came in a just 30% of 2021 levels. The industry is up against (somewhat) impossible comparisons from a year ago—when exits surged by 2x and 3x. Looking back, this blistering pace was an outlier driven by IPO markets that were wide open and publicly listed special purpose acquisition companies that were buying everything in sight. Many observers expect that two out of every three funds in the market will need to postpone their closings until next year.

After holding steady throughout the year and into the summer, deal volumes finally hit the wall in August and September and the decline went beyond a typical seasonal slowdown. Deals slowed by more than 20%, even though deal count was running ahead of 2021’s frenzied pace through the first seven months.

Recently announced take-privates have featured high-growth software-as-a-service (SaaS) companies acquired at steep discounts to what these companies would have fetched 12 months earlier, including Avalara, at $8.4b, a 51% price discount; Zendesk, at $10.2b, a 49% price discount; and ChannelAdvisor, at $725m, a 20% price discount. All of these companies were venture capital-backed and exited via IPOs within the last 10 years, so this is a homecoming of sorts to private markets and sponsor ownership.

Exit activity dropped as well for the third consecutive quarter, although still considered health relative to historic levels and is on pace to come close to previous years. The disappearance of IPOs as a viable exit path for private equity-backed companies drove the decline, as bullish markets for the last two years gave way to elevated valuations. As investors shied away from new issues amid market volatility, valuations dropped with the market correction and exits stalled—waiting for the pendulum to swing back. While the prediction is that exits will slow due to a reticence to accept lower valuations, it will not stop as general partners continue to find ways to opportunisitically exit.

For valuations, 2022 continues to show significant year-over-year growth to 2021 levels, and analysing only two deal types (Reg CF and Reg A), we see a valuation trend that continues to be positive for Reg CF, while Reg A has taken a significant dip in Q3 when compared to Q2.

Women-led (founder or co-founder) startups still only get 17.2% of the funding, while making up 25.5% of the deals.

And 2022 has not exactly been kind to women-led companies, with a significant year-over-year drop in deal count—going from just under 1,200 deals in 2021 to less than 800 deals in 2022. As deal activity slows to a crawl, it’s clear that there will be a year-over-year gap in both deal count and deal value for venture capital-backed women-led startups. 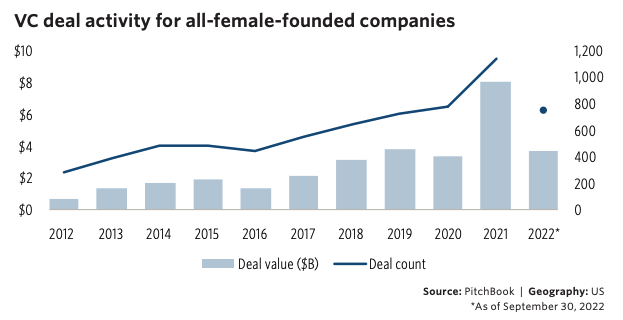 And if you split that out to just review women-only-led startups, the funding figure is 2% of all capital invested go to women-led startups without a male co-founder. 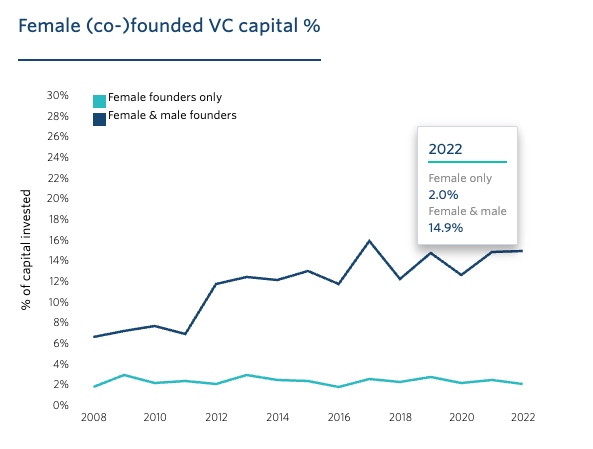 DealMaker works for their issuers: putting brands and founders back in control to run streamlined, successful capital raises. As Canada’s 3rd Fastest Growing Company, DealMaker is on a mission to create the most sophisticated capital markets tools on the planet, empowering capital to flow faster. 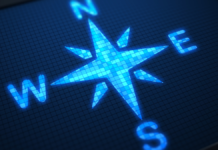 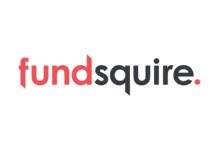 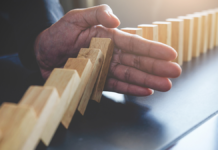